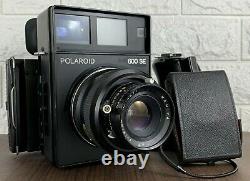 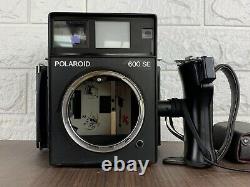 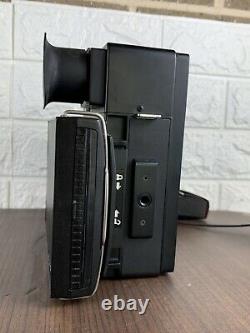 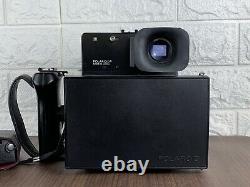 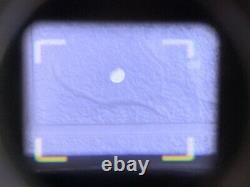 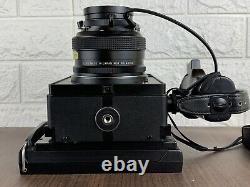 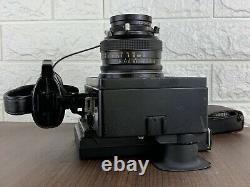 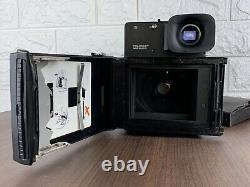 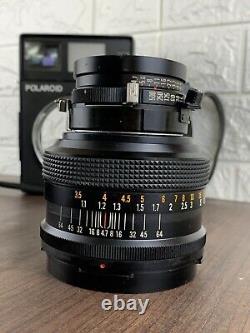 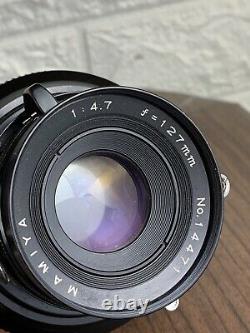 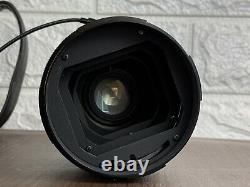 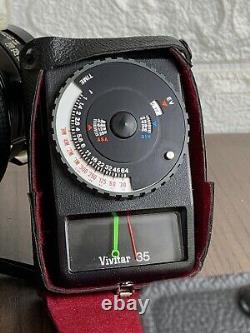 [Near MINT] Polaroid 600 SE Film Camera w/ MAMIYA 127mm f/4.7 Lens from JAPAN. Sent with Australia Post Standard Large Box/Satchel. The Polaroid 600 and Polaroid 600 SE are the "flagship" professional cameras of Polaroid. S range, based on the Mamiya Press. Lenses that produce very crisp images. The difference between the 600 and the 600 SE is that the 600 has a fixed 127mm Mamiya lens, while the 600 SE has interchangeable lenses. It is fully manual, very solidly constructed and rather large, so a sturdy tripod certainly comes in handy.

It can take beautiful pictures. The 600 SE comes with a 127mm lens as standard but takes two other optional lenses, a "portrait" (150mm) and a "wide-angle" (75mm) lens. It caters for removable/exchangeable film backs and with a Mamiya adapter, 120 film backs can also be used.

This camera uses all Polaroid 3 ¼ × 4 ¼ instant pack films, including: 669 and 690 film (color prints); 664 and 667 film (B&W prints). Note: Polaroid 665 film has been discontinued. Even though Polaroid films are no longer available, the Fujifilm instant pack film in sizes 85×108mm can be used, which are available in colour (FP-100C) and black and white (FP-100B, FP-400B, FP-3000B). The numbers in the product names indicate the respective film speeds. With the appropriate back adapters and backs it can also shoot 4 × 5 Polaroid Instant film as well as 120 format film. Great internal and external condition as shown.

Shutter release is snappy and all knobs, buttons, latches, sliders, pull/push mechanisms perform as expected. All compartments, film bay and internal bay clean. Viewfinder free from fungus and hazing, no surface dust.. Clear (only minor debris but not even visible with your eye pressed to the viewcup as shown). Mamiya 1:4.7 127mm minimal exterior marks and scuffs (as shown).

Lens clear no fungus, hazing and internal dust. Aperture blades open and close as expected and are free from oil. Timer on lens works well, as does the winder on the lens. Auto Light meter works well and responds to the opening and closing of the aperture blades. Film Tested in all aspects. A great classic addition to the large/medium format polaroid range. Polaroid 600 SE Camera body. Mamiya 1:4.7 127mm Lens.

All Items will arrive exactly as you see in the photos, please make sure you have done your research and observed all the pictures and request more if you need to, or ask any questions if you are unsure about anything regarding this listing. If any complication arises, please message my store. Have a great a week. The item "Near MINT Polaroid 600 SE Film Camera with MAMIYA 127mm f/4.7 Lens from JAPAN" is in sale since Wednesday, December 2, 2020. This item is in the category "Cameras\Film Photography\Film Cameras".

The seller is "perfect_pixels" and is located in Merrylands. This item can be shipped worldwide.